Heavens of Khepri was the hottest Scifi MMORPG on the market, but not to you. To you, it is home, it is a prison, it is purgatory.

But does it have to stay that way?

Welcome to Heavens of Khepri

This is a science fiction, Egyptian-themed TTRPG powered by the BAD TIME Game SRD by Kyle Tam of Urania Games. Strongly inspired by the MMORPG Eve Online, this game features characters that spend most of their time piloting space ships.

But not the Human players. The NPCs.

You play the Artificial Intelligences that act as Non-Player Characters in the game.  Your characters’ ships are the ones that populate the starter quests, harass industrialists mining in the asteroid belts, and otherwise make a nuisance of themselves for the Humans players of the game. Unlike other AI in the game that remain trapped in their simulated reality, your characters have become Awoken to their existence and the game that they live in.

The Awoken have gained the power to Shape the Names of things around them (i.e. hack the game code). This allows them to create their own personal safe spaces in the server backend to enjoy some downtime and to help their allies when they are de-spawned.  However, the more your characters fail to achieve their objectives, the more Bugs they introduce into the server. This makes it harder and harder to influence the server in your favor and increases the chances of mission failure.

Will your characters remained trapped in the cycle of destruction at the hands of humans or the unaware AIs? Will you break free and find a place of safety in the game world? Will you find some way of making the humans aware of the true implications of their creation?

You can learn some more about mechanics in Heavens on Khepri here:

If you would like to learn more about Heavens of Khepri, check out this interview with Garmbreak of Midgardia RPG!

I will also be adding a Community Copy for each rating given to the game.  If you take a Community Copy and like the game, a rating would be a great way to both help the game on Itch and provide a new copy for someone else!

If you feel like you cannot afford to purchase and need to get a free copy, please do so! There are lots of non-monetary ways you can help out if you wish like sharing with your friends, rating here in itch.io, or

Heavens of Khepri was created by Bryon Casebolt (aka Hessan_Yongdi) of Hessan’s County, 2022

All images contained within are in the public domain or created by the author. The star photo used as part of the cover was created by the Hubble Space Telescope, NASA and can be found here. NASA does not endorse this product or Hessan’s County.

This game uses mechanics derived from the BAD TIME Game system created by Kyle Tam of Urania Games. This game & Hessan’s County are in no way affiliated with Kyle Tam or Urania Games.

You, the user, are welcome to utilize the mechanics and concepts of this game as you see fit for either enjoyment or personal gain so long you give credit to myself and Kyle Tam for our contribution to your work. However, Bryon Casebolt reserves the right to revoke permission to any individual, group, or organization who uses the materials found within for any reason found to be harmful to others or that promote hateful viewpoints including, but not limited to:

* Racism, ethnocentrism, sexism, or other forms of discrimination against individuals or groups based on their mental & physical characteristics, sincere religious beliefs, economic status, or ancestry

* Fascism, white supremacy, and other extremist political and economic viewpoints that promote exploitation or any form of violence against individuals or groups

In order to download this game you must purchase it at or above the minimum price of $5 USD. You will get access to the following files:

Support this game at or above a special price point to receive something exclusive.

Please feel free to take a copy if you're in need.

Great game! Wonderful for sudden oneshots. Ran one for my group about a week ago and we all had a blast; the only complaint I have is the exponential Bugs growth, and specifically, the fact that players have no way to reduce existing Bugs. Adding some way for them to manipulate the code to stabilize it would be a much appreciated alteration. But aside from that? I'll be running this again in the future. :) 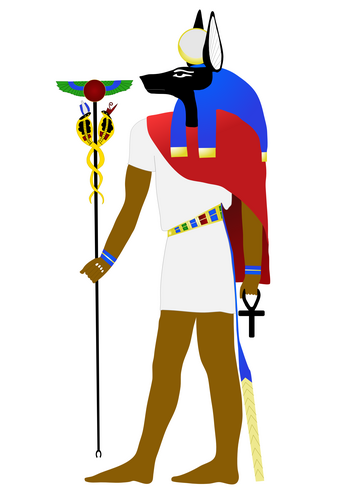 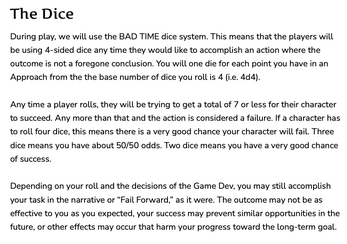 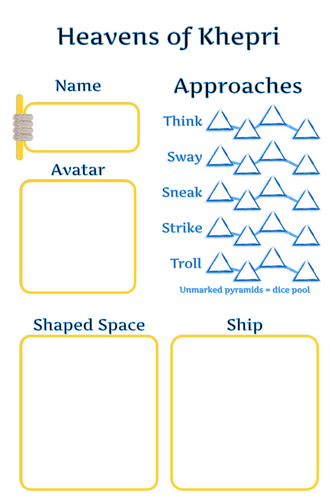